The scenic River Tummel in Autumn

By The Dogged Angler2 weeks ago

The first Saturday in September found myself and my good friend Michael on the beautiful River Tummel at Moulinearn.  This was a day original booked for earlier in the year during April but unfortunately was a victim of the V+Covid-19 restrictions. Neither myself or Michael had fished the Tummel this late in the season and didn’t quite know what to expect. Upon arrival just after eight o’clock the first thing we discovered was just how low the river was as I quickly learned what 0.3 on the Pitlochry SEPA gauge meant in reality. The second thing we noticed was a solitary otter swimming in the top pool.

Determined not to let the low water conditions dent our enthusiasm we quickly set up noting the cold wind blowing downstream. After all despite the relatively low water there still seemed to be plenty of flow in this sizeable water.

Working our way downstream we carefully fished each run and pool without sight or contact with any fish. Meeting no other rods we appeared to have the beat to ourself with the only other encounter being several canoes and rafts suddenly and silently appearing behind us whilst wading. 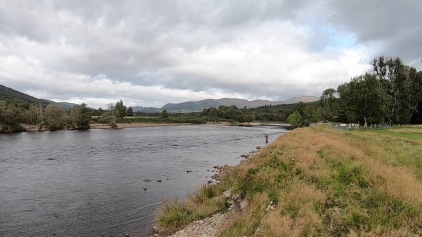 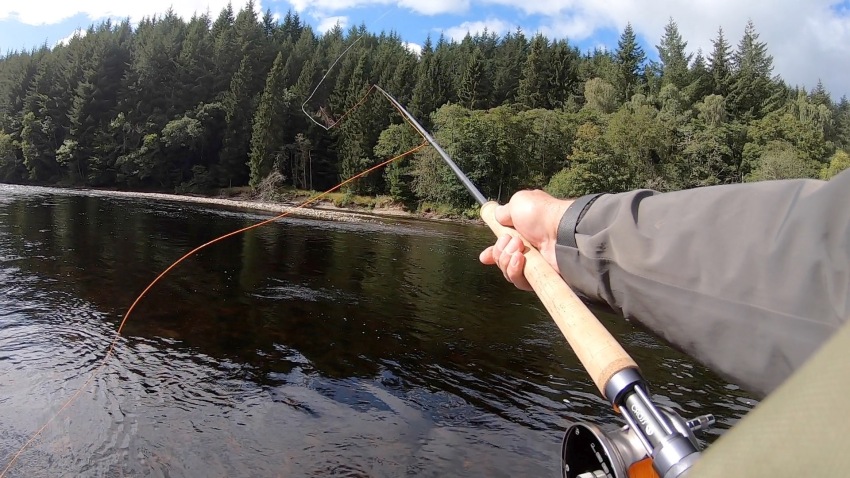 By mid day the sun was now beating down and we were starting to feel the heat with neither of us having turned any fish. The only fish that I saw was a wee Grilse louping in the “Rock Pool” Fish or not the scenery and surroundings on this beat are simply breathtaking with huge pines on the far bank an abundance of wildlife and mountains in the distance as a backdrop.

We fished hard and despite success we eventually decided to call it a day around three o’clock agreeing that it had been a thoroughly enjoyable and relaxing day.

I later learned from a friend that The Tummel is probably best known for its Spring run of fish which is why we have previously booked the river for April and it is also has a decent run during latter part of September when the bigger mature fish move up from the Tay. We will hopefully be able to return to our April booking next season.