Angling on Lomond on the first day of Autumn

Saturday 1st of September, the first day of Autumn already and I arrive at the Angling Club for an early start to another day on the Loch with my friend and fellow angler Michael arriving just ahead of me. Just before eight o’clock we make our way up the river with dense low mist swirling just above the water. Like a scene from Apocalypse Now I think with a smile checking the banks for the enemy “charlie“. 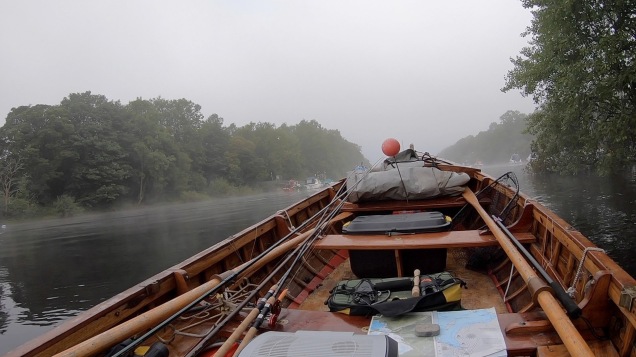 The route we had roughly agreed was to fish the Boturich shore before crossing towards Inchmurrin and along the islands towards Blamaha. From there we would head northwards to at least Rowardennan.

I had barely left the Leven and laid out the rods when the “striker” weight on the inside rod jumped! Weed or fish? It turned out to be a small perch of about a 1lb beautifully marked which was quickly and carefully returned. 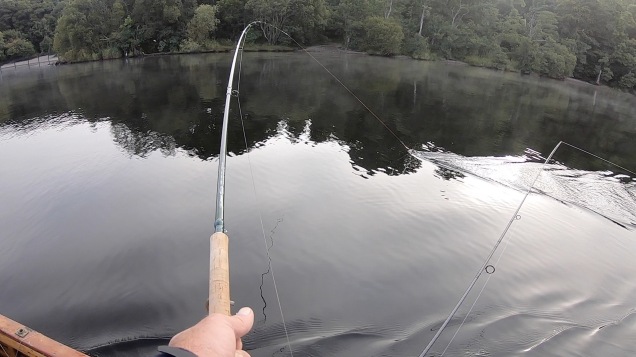 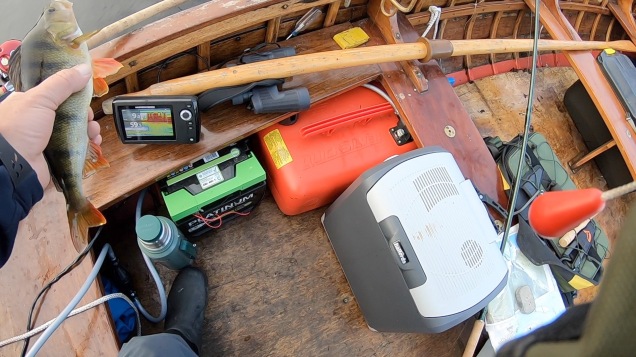 The mist had started to lift providing beautiful and dramatic scenes with the islands and mountains poking through the remaining mist. A tinge of Autumn colours were now becoming more evident on the treelined shores as we ran along the islands of Inchmurrin, Creinch, Torrinch and Inchcailloch. The now flat calm conditions providing a stunning mirror image of the shoreline. I noticed that Michael had stopped some distance ahead. I watched through the binoculars with excitement and interest whilst he was standing with rod in hand playing a fish. It turned out to be a small pike which whilst giving a good account of itself was not our intended prize.

Turning northwards at Balmaha we continued and having left Inchfad behind I decided to check the lures for weed and I was surprised to find a tiny minnow hooked on the treble of the zebra toby. A personal record for the smallest fish I thought and no chance to safely release it unfortunately. 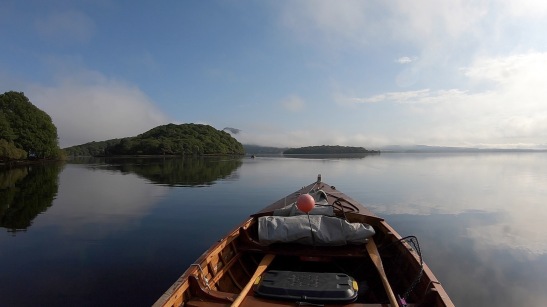 Carefully working the shore as tight as we dared we continued north weaving in and out  of each bay and inlet in turn then around “Ross Isles” without any further contact. Breaking for lunch just below Rowardennan for a stretch of legs, a “fry up” and an adjustment of rods and gear as well a blether. Deciding upon a route home we were soon off again,  sailing south back down the east shore again before crossing amongst the islands of Inchconnachan and Inchtavannach and then down the west shore. I was not familiar with this route so appreciated Michael sharing his experience of this part of the loch.

As we left the end of Inchmoan the wind had noticeably started to blow creating quite a wave as we made for Rossdhu and “The Golf Course“. Aside from the increasingly blustery conditions the run down the east shore was unfortunately uneventful with no contact by either boat. Reflecting upon the fact that eight lures deployed over a the distance we had covered today had failed to produce any results it would be easy to become disheartened. However despite the lack of fish it had been a good day and good company amidst the ever changing and breathtaking colours and scenes of Loch Lomond that we are blessed to have on our doorstep. 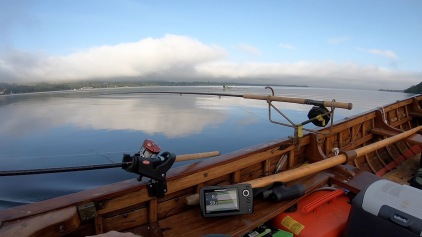 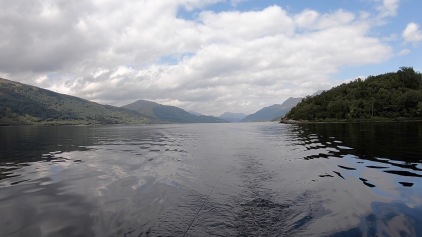